While the Huguenots were being prosecuted they had no open gathering place, therefore their meetings had to be kept from the public. Most of the meetings were held in caves and the dense forests in Cevennes, and a member led the gathering. For wedding and chistening ceremonies, people planned them around the schedule of the preacher and when he was able to be in the area.

A group of Huguenots had gathered for a double wedding ceremony somewhere deep in the Cevennes. Four young couples, deeply in love and excited at the thought of beginning their lives with their mates were saying their vows before the Preacher when the French Dragoons burst in on the festivities. Most of the people escaped capture but two of the couples being married were not as lucky. They were detained by the French Dragoons and taken by force to the next town where they were ordered to make a choice. Denounce their belief in their religion and become Roman Catholic, or be burned alive at the stake. Their choice was simple and yet it was as complicated as life. They refused to compromise their Huguenot beliefs.

At the market square in the middle of town, four large piles of wood were arranged so that each of the four people that were to burn would face the others, unable to look away from what was their future mate as the flames consumed them in a firey death. As the prisoners were being bound to the stakes they sang loudly, lifting their voices and prayers to heaven. As the flames rose, so did their voices. The psalm was their last offering to their Lord, and faded to silence as the flames consumed them.

Among the crowd, a woman called out loud and true, "I see the flames rise to heaven. They unite in a mighty dome of fire which joins the four burning stakes. I see a cross of fire, and in the centre it shoots its rays to the north, the south, the east and the west - the Morning Star, the sign of our master, Jesus Christ. Praise the Lord! He is with us to the end!"

Standing in the crowd, a metal worker from Nîmes heard the woman as he watched the tragic death. Later, the man made a medallion close to the size of a five cent piece. The center cloned the Maltese Cross which is the symbol of the Crusaders. Each of the four arms were connected with a smaller circle, which makes reference to the flames that united the couples. The space between the arms became small hearts as his work progressed as a reminder of the love that was shared and the conviction that they held dear. Their beliefs were not cast aside even at the consequence of death. Their wedding day was cut short, as also were their lives.

The small medallion was then taken by Huguenots everywhere as their token.

Afterwards, the cross was made of silver and gold even though some were still made of iron and lead. Added as a symbol of the Holy Ghost was the dove of peace. When the revocation of the Edict of Nantes was handed down, the Huguenots replaced the dove with a tear drop shaped pearl, symbolising a tear.

The Huguenot Cross is a symbol of religious loyalty - a religion so strong that it did not even fear the stake. Descendants of the Huguenots are not allowed to forget their origins nor to consider their religion as being something superficial.

The Huguenot Cross is not only beautiful and symbolic, but possesses the added charm afforded by the romance of history and tradition. It recalls a period of valor, constancy, faithfulness and loyalty to truth. It is becoming more and more a sign among the descendants of the Huguenots throughout the entire world.

It is impossible to state precisely the period in which our Huguenot ancestors adopted the usage of what they called the Sainted Spirit. It certainly existed before the Revocation of the Edict of Nantes, 1685. It is worn as an emblem of their faith.

The Cross consists of an open four-petal Lily of France, and the petals thereby form a Maltese Cross. The four petals signify the Four Gospels. Each arm or petal, at the periphery, has two rounded points at the corners. These points are regarded as signifying the Eight Beatitudes. The four petals are joined together by four fleur-de-lis signifying the Mother Country of France, each of which bears a rounded point distally. The twelve rounded points described in the four petals and the four fleur-de-lis signify the Twelve Apostles. There is formed between each fleur-de-lis and the arms of the two petals with which it is joined, an open space taking the shape of a heart which suggests the seal of the great French Reformer, John Calvin. Suspended from the lower central petal by a ring of Gold is a pendant dove signifying the Church under the Cross. In times of persecution, a teardrop supplanted the dove. 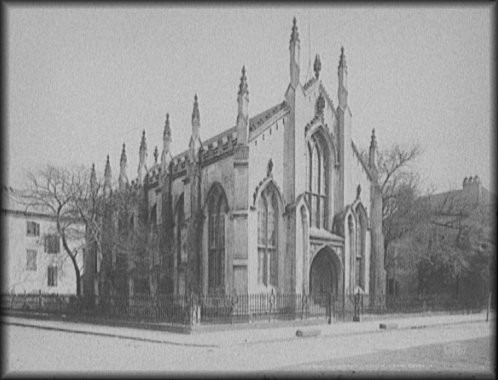 In the winter of 1648 Abraham Soblet was born in Sedan, France. His father, Jean Soblet was born in Beaumont. Later, Abraham resided at nearby Saint-Menges. He fled France by 1681 for Manheim, Germany and by 1693 he was residing at Wesel where the family continued to grow. He took his family and migrated to London and from there to Virginia in 1700. He and his wife Susanne traveled separately to the new world. On two different ships they braved the trecherous ocean that stood between them and their religious freedom. Abraham made the trip first along with his two oldest sons while Susanne cared for their three youngest children as she ventured to meet her husband in the new settlement called Manakin Town.

From Ed Crabtree,"Thus, on a quite summer's day, 23 Jul 1700, Capt George Hawes' ship the Mary and Ann, dropped anchor at Kickotan, the harbor for colonial VA at the mouth of the James River. The vessel had left London 24 Mar and after an uneventful passage of 13 weeks reached its destination. On board the Mary and Ann came the first contingent of America bound Huguenot refugees under the leadership of Oliver de la Muce and Charles d Sailly. The ship's complement consisted of 207 French exiles (the first muster accounted for 59 women, 38 children, 110 men. Brock,Hugenot Docts.. 12; date of departure from London is given in Mrs. H.D . Pittman, ed. American of Gentle Birth and Their Ancestors,2 vols. St. Louis, 1903-07,1, 181.)Among the passengers aboard the Mary and Ann who sought this New World domicile was one Abraham Soblet, accompanied by his two eldest sons, Abraham Jr., and Jacques. On the following 20 Sep , when Capt. Danew Perreau's ship Peter and Anthony, disembarked it's company of refugees in the second emigrant expedition led by Claude Phillipe de Richebourg, came Susanne Soblet, his wife, with the other three children, Pierre Louis, Littlebury, and Anne. Happily, the family was then reunited at Manakin Town (Muster taken at Jamestown, 31 Jul 1700 R[obert] A. Brock , ed. Miscellaneous Papers, 1622-1865 (Collections of Virginia Historical Society, New Series ) [Richmond, 1887] , VI,63-6; muster taken by Capt. Perreau, Jamestown, 20 Sep 1700 and by the Rev. Benjamin de Joux, 1 Dec 1700. Brock, Huguenot Docts. 14,24; Samuel A. Sublett, A Partial History of the French Hugeunots by Name Soblets...(Richmond, 1896),t, 8. There is an error in an entry made by William Byrd 10 Nov 1701, wherein, he lists the entire Soblet family as coming in the first refugee ship. Brock, Huguenot Docts. 46;Pitman, 1, 181."

Once in the new world, I believe Abraham changed the spelling and pronunciation of his surname from Soblet to Sublett with the intention of sounding more 'American'. Though it was not uncommon for the men gathering the census information to make spelling mistakes, this change looks and sounds more like an attempt at blending within the new settlements of America.

Abraham's son Pierre Louis married Marta Martain in Henrico, Va. about 1722. She was born of French parents Jean Jeremie Martain de Sedan and Marie Archambeau in 1682 in the beautiful Sedan, France. Among the 7 children they had together in this new world, Benjamin F. Sublett was born in King William on 23 Apr 1733. Both Pierre Louis and his wife Marta died in Cumberland County, Va.

Benjamin then married Elizabeth Molly Jordan, having a large family consisting of 10 children. The Jordan surname is known to come from France as well. Benjamin and Elizabeth moved to Warren County, Kentucky where they both died in the early 1800's. Ursula Sublett was born in King William Parish, Goochland, Va. in 1769. She met and married Samuel Moore Porter in Charolette, Va. at age 20. Together they moved to Wythe County, Va and had 8 children. Samuel was Scottish by way of Ireland. His father was Andrew Porter and his mother was Margaret Jane Ewing, both of Scottish heritage. His family also traveled to the new world in search of religious freedom and a better life.

More will be added soon.

The photo of the Church is from the Library of Congress, Prints and Photographs Division, Detroit Publishing Company Collection.